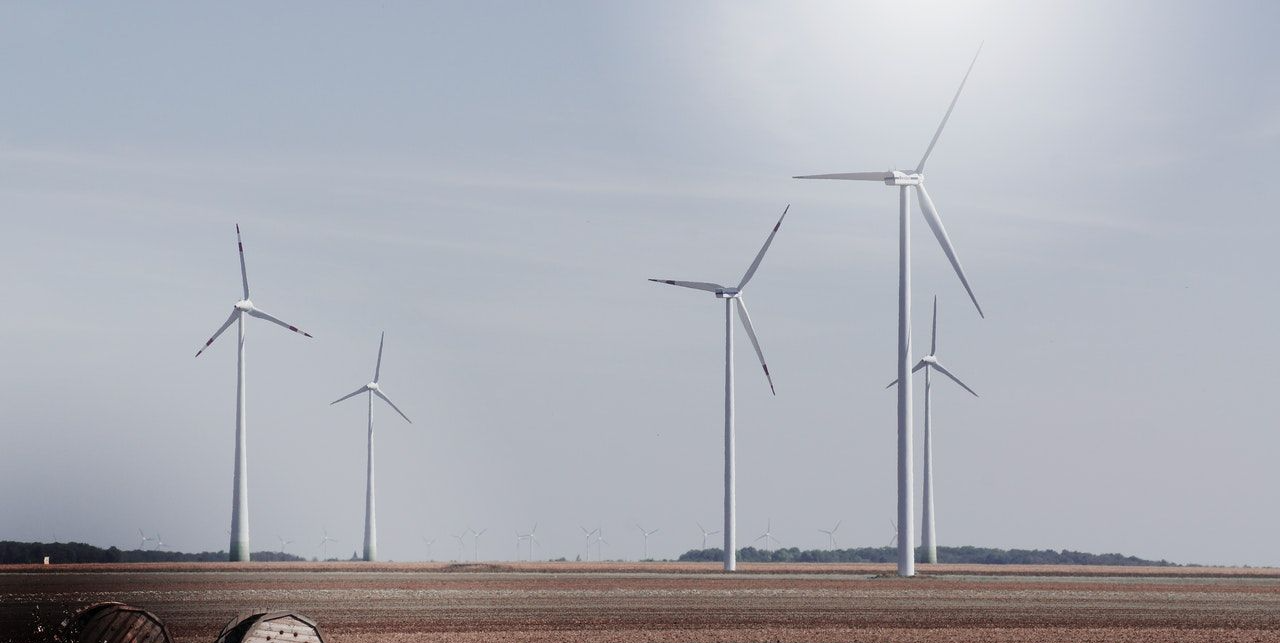 Designing with SOLIDWORKS (or another CAD program) and building prototypes are the unofficial “faces” of mechanical engineering. But without an in-depth understanding of energy, you’ll face more challenges in creating foolproof designs.

A functional design will take into account kinetic, potential, static, and mechanical energy.

When your designs require motion, you need a full understanding of energy. Let’s explore the conservation of mechanical energy and how it applies to the mechanical engineering field.

What is the Conservation of Energy?

The law of conservation of energy suggests that energy cannot be destroyed nor created, but transfers between objects and forces in motion.

In the mechanical realm, this theorem transitions to a closed system free from dissipation (wasted energy or “negative work” caused by external forces) like air resistance or friction. Dubbed the “Principle of Conservation of Mechanical Energy,” the system's total mechanical energy will remain constant and always zero.

In simpler terms, mechanical energy is the sum of kinetic energy and gravitational potential energy.

Therefore, the conservation of energy equation is as follows:

Static energy (also called static friction) describes a non-moving object remaining at rest, though it could be undergoing external forces.

Think about static friction in terms of a heavy refrigerator box on the sidewalk.

Even if you push with all your might, the box may only move an inch before you completely exhaust your lower body. That’s because you’re battling two forces to break the box free from its static friction:

Now, if you asked a brawny friend to help you push the heavy box, it’ll likely wiggle free and slide noisily across the cement with steady applied force; this is called kinetic friction.

The external force must exceed the friction to trigger motion.

You can calculate the force of friction with the following equation:

Note: The coefficient of friction will depend on the roughness and texture of both touching surfaces. The higher the coefficient (closer to 1.35), the more friction, and the more effort is needed to move the object.

How Friction Relates to Mechanical Engineering

Any object that slides or rolls against another surface will need to overcome friction, though the amount of work required to produce kinetic friction will vary.

That means, as a mechanical engineer or designer, you need to consider friction-based factors like:

Think about how this relates to mechanical engineering.

In 2010, carmaker Toyota added a plastic friction device to its acceleration pedals to target driver convenience. Whereas new car pedals would be more sensitive to potholes and bumpy roads, these newly installed friction devices would maintain a more stable pedal position and return more slowly to their starting position.

The only problem was that these slow-moving “sticking” pedals caused unintentional acceleration and 16 deaths.

Tribology prevents wear and tear by factoring in lubrication and friction.

For example, think about wind turbines, which can spin up to 20 times per minute or 28,800 times daily. New rollouts now include greases and oils (serving as lubricants) everywhere from the gearbox to the rotor shafts. Greasing these parts allows for smooth, near-frictionless revolutions and low repair costs.

Related: How Long Does It Take to Become a Mechanical Engineer? 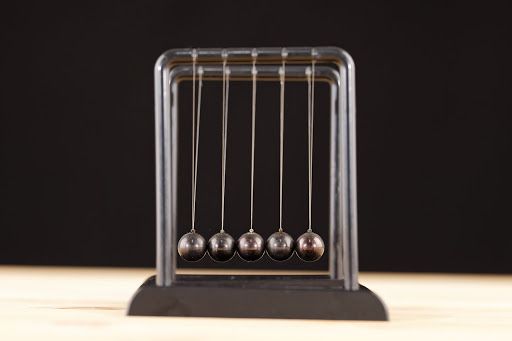 Kinetic energy describes an object in motion and how quickly it’s traveling at the present moment.

But remember that we cannot create or destroy energy, only transfer it. In kinetic energy’s case, that means an internal or external force must act upon it to transfer energy and accelerate the object — also known as work.

Think about kinetic energy as a pitched baseball.

An MLB player can throw a 100 mph fastball toward home plate, with their entire body biomechanics as the force prompting the acceleration. The final KE depends on a few factors, like:

In this scenario, the ball's kinetic energy would differ if it were a Little League pitcher, an enclosed stadium, a heavier ball, or chalked hand.

Calculating a system’s total kinetic energy requires you to know its velocity and mass, plus a few mathematical equations.

You can calculate the energy of an object with the kinetic energy equation, which is as follows:

Note: Two unlike systems can boast similar kinetic energies, assuming what it lacks in mass, it makes up for in velocity (and vice versa). For example, a 20-gram object traveling at 10 m/s has a kinetic energy of 1,000 Joules, just like an 80-gram object moving at 5 m/s.

You can also determine an object’s net work (the force applied to it to make it accelerate) by calculating the change in kinetic energy.

This work-energy theorem is stylized as:

According to Isaac Newton’s first law of motion:

“An object in motion stays in motion with the same speed and in the same direction unless acted upon by an unbalanced force.”

When you think about the first law, you probably imagine something like a bouncy ball dropping to the floor, coming to a complete stop and deforming slightly upon impact, then returning to your hand (elastic collision).

Not all collisions are as damage-free as the elastic variety. For example, think about a semi-truck speeding toward a telephone pole, slamming into it, and coming to a complete stop.

Because the truck and pole remain in contact, they lose some kinetic energy but maintain their momentum.

Kinetic energy is the lifeblood of mechanical engineering, a field where machinery has dozens of moving pieces that control energy output.

Here are some instances where kinetic energy weaves into the ME industry:

Linear energy is any object that moves in a perfectly straight line, like a car barreling down the road or tossing a ball vertically into the air.

In mechanical engineering, you’ll have to factor in an object’s mass and velocity to reach peak kinetic energy, such as a rack and pinion gear in a steering system.

For example, if you need a windmill’s blades to rotate at 120 mph in 10 mph wind gusts, you’ll need to choose a lighter material like composite glass instead of wood. 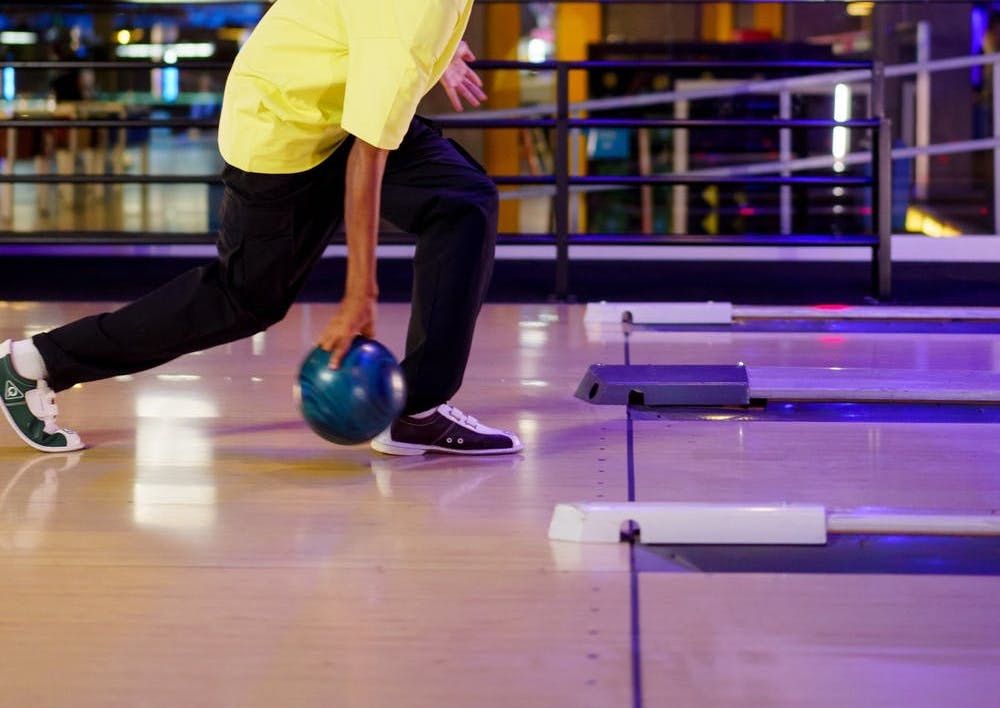 Potential energy explains how much energy an object stores or holds while it’s completely stationary but could achieve if an outside force transferred energy to it. Potential energy relies entirely on an object’s position, usually raised above the ground and dropped from height h.

Think about potential energy as a wrecking ball hoisted by a crane.

The motionless ball has no kinetic energy because it’s not moving but holds tons of potential energy if the crane were to release it toward a skyscraper.

In this scenario, a few factors will impact the wrecking ball’s gravitational potential energy, such as:

The moment you release the wrecking ball, the potential energy begins slowly transitioning to kinetic energy while maintaining the same total mechanical energy.

For example, it might begin at 1,000 joules of potential energy and 0 joules of kinetic energy and reach a 500/500 split as it swings.

As we just touched on, an object’s current potential energy takes into account mass, height, and gravity.

The potential energy formula is as follows:

Here are some day-to-day examples of potential energy:

In the mechanical engineering world, potential energy plays a vital role in elevator, escalator, turbine, and engine designs. If you manipulate the height and mass (because gravity isn’t negotiable), the design will also produce more kinetic energy.

The fascinating thing about mechanical energy is how quickly it transitions between potential to kinetic and where friction becomes involved.

A roller coaster car is near the bottom of the hill before ascending. Since it’s in motion and on a flat track, it only has kinetic energy.

As the car travels up a steep hill, the kinetic energy begins winding down as the potential energy starts taking over.

As the car races down the hill, the potential energy slowly transitions back to kinetic energy.

We can draw a few conclusions from this scenario:

Assuming the track doesn't deploy brakes and there is no noticeable air drag, the total mechanical energy (potential plus kinetic) will always be the same whether the car is at the top or bottom of the hill.

Are you an aspiring engineer? Develop skills with these

Memorizing the laws of energy conservation and calculating the mechanical energy of objects aren’t the most exciting parts of an engineering career.

But, engineers must understand how work and energy relate and be able to find the sum of potential energy and kinetic energy.

These skills and equations lay the groundwork for designs that require efficient movement, like turbines or engines.

There are two ways to grasp these concepts:

If you need a physics refresher (don’t we all?), enroll in our online physics course, where you’ll learn everything from Newton’s laws to how physics weaves into mechanical engineering.