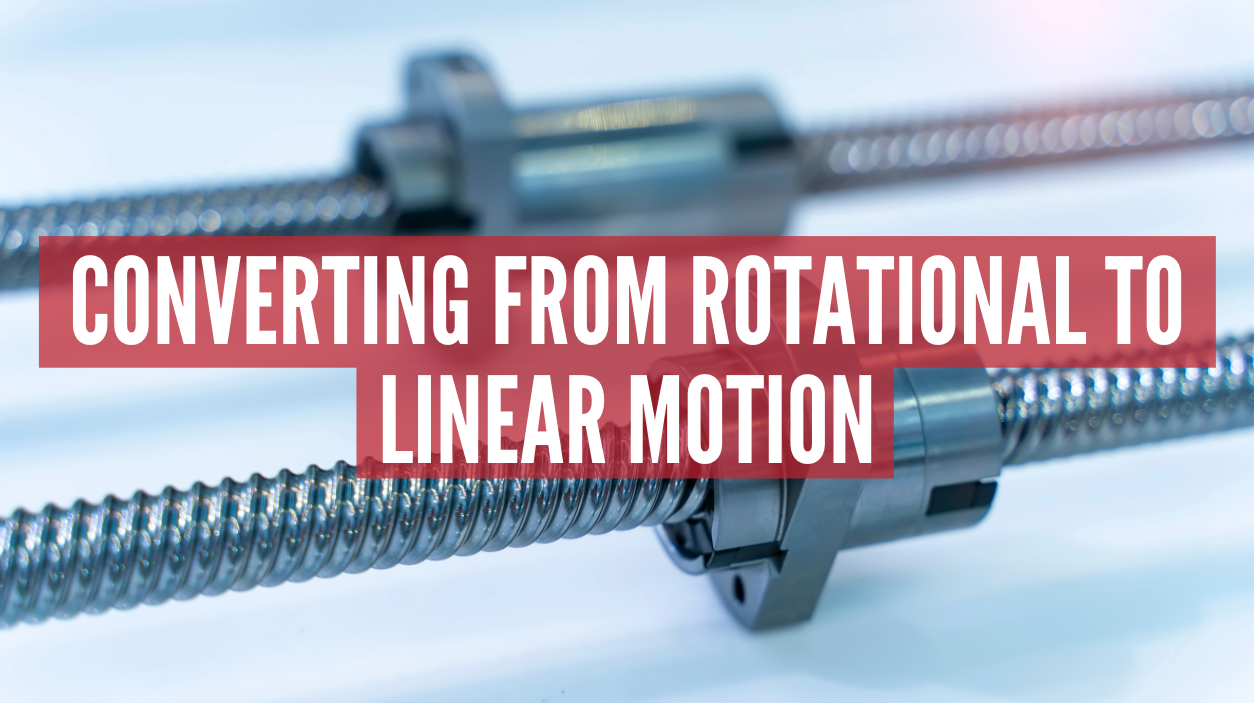 The Full Guide to Converting from Rotational to Linear Motion

Rotational and linear motion are basic foundational concepts in the physics, manufacturing, and engineering fields. Yet, as machines adopt more complex functions, rotatory and forward/backward motions don’t always thrive as standalone ideas.
Converting rotational to linear motion is in large part responsible for many modern-day innovations, such as the standard piston engine and classic steam engine wheels.
So, how do you convert rotational motion into linear motion?
And does the quest for efficiency always outweigh the potential challenges?
Welcome to our full guide to converting from rotational to linear motion.

What is Rotational Motion?

Rotational (or rotary) motion is precisely what it sounds like:
An object rotating around a fixed point at a common angular velocity, described in radians per second (rad⋅s-¹) or revolutions per minute (rpm).
In other words, all particles travel at the same speed and are lumped together.
Think of planet earth, for example.
Our planet sits on an invisible, slightly-tilted 23.5-degree axis driven near-vertically through its center. While you won’t bump into this hypothetical axis while sightseeing in Antarctica, it explains why elementary school students inquisitively ask, “Why isn’t the globe straight?”
Back on track, here’s how earth’s rotation works:
Over 4.5 billion years ago, the dusty and gaseous nebula that formed the solar system collapsed under its own gravitational pull. Despite being potentially catastrophic to future life on earth, the planet instead adopted the cloud’s spin (rotation). Thus, applying Newton’s First Law of Motion, the earth rotates about its axis at 1,000 mph because no external force slams the “brakes.”

Earth and its imaginary 7,917.5-mile axis are the first of many rotary motion examples we encounter as infants. But, perhaps unbeknownst to you, you also experience rotational motion as you pedal a scenic bike path or play with the fidget spinner.
Some common rotational motion examples include:
Of course, your desk fan’s blades won’t spin indefinitely without a 115-volt motor powering them. Forces like gravity and friction will gradually slow the rotation until they come to a complete stop — Newton’s First Law in action.

What is Linear Motion?

Linear motion is strictly one-dimensional and follows a straight line or pathway.
Unlike rotational motion, where the moving object maintains a steady linear velocity around an axis, linear motion can adopt two distinct forms:

Yet, authentic linear motion is challenging to achieve under normal circumstances, as gravity, friction, and curves can reverse it.
Linear motion doesn’t always mean horizontal motion, either. Tossing a ball straight up into the air and allowing it to fall naturally into your grasp is the same concept.

Linear motion examples can be challenging to identify accurately in daily life because subtle 1° road banks or gradually reduced speeds caused by friction automatically ruin the “linear” aspect.
To get the gist of this concept in everyday life, look for examples like:
While all of these are fine examples, intriguingly, no two adhere to the same qualities. For example, a pickup truck has far greater acceleration potential than a bowling ball in motion. The football sled, however, will undergo less displacement once the player stops than an apple falling from a 50-foot tree.
You might also be interested in this article: What Engineering Courses Should I Study Before College?

How to Convert Rotational Motion to Linear Motion

From a layman’s perspective, imagining the “hows” and “whys” can cloud your mind and overwhelm your expertise indefinitely. So, before we get into the most reliable mechanisms for converting rotational motion to linear motion, let’s review what that means.

Picture a steam engine as it travels down a railway stretch.
The first 40-inch iron wheel (crank) at the train’s head has a large coupling rod on the exterior attaching it to the front of the train. This rod is lodged into a tight tube (slider) that allows the rod to extend and retract as needed.
When the wheel begins its initial rotation as the train leaves the station, the connecting rod follows its lead. The spinning wheel yanks the rod out of the slider as its attachment point becomes further away, all without detaching from the wheel outright and halting the train’s forward momentum.
The crank rotating around its wheel axis supplies the motion that’s transferred to the connecting rod moving linearly.
Here are eight mechanisms deserving of a spot in an engineer’s repertoire: 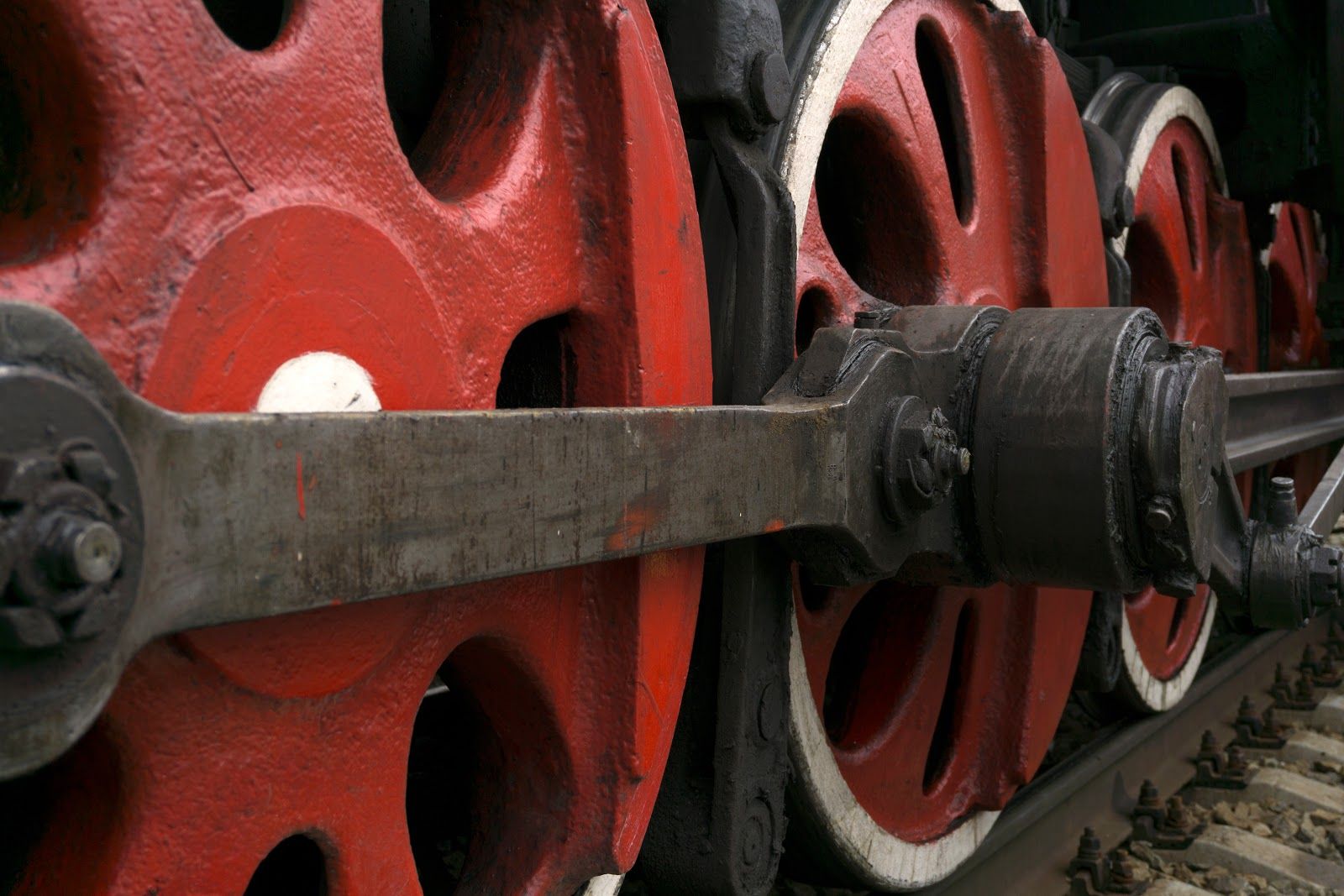 As we previously discussed above, slider-crank mechanisms are the same technology behind a steam engine’s wheels. There are three crucial parts to this simplistic mechanism:
When the wheel rotates around its axis (an axle, in this case), it pulls the rod slightly out of its tube to follow the pathway. The rod travels in a straight line (linear motion), returning to the tube after completing a 360-degree rotation.
But this linkage is unique in that both the rotational and reciprocating motions can initiate the conversion. In other words, the rod can tug the wheel to roll first. Or the wheel can roll to engage the rod to forcefully trigger motion.
Pros
Cons
Examples

Camshafts (“cams”) perform a similar duty to slider-crank mechanisms but without the attached coupling rods or tubes. To work as intended, cams need nothing more than an egg-shaped mounted wheel, a power source (manual or electric), and a stable lever or rod on top, often called the “follower.”
Here’s how it works:
An electric motor spins the mounted oblong wheel at a steady velocity. Since most of the wheel’s shape is circular (think a chicken egg), the object remains level more often than not. When the pointed (ellipse) portion is facing up, the object rises with it before the wheel lowers it back down for another rotation.
You can also experiment with odd-shaped cams (hexagon, snail) for jerky movements, or even lengthen cams to elevate the follower for longer.
Pros
Cons
Examples 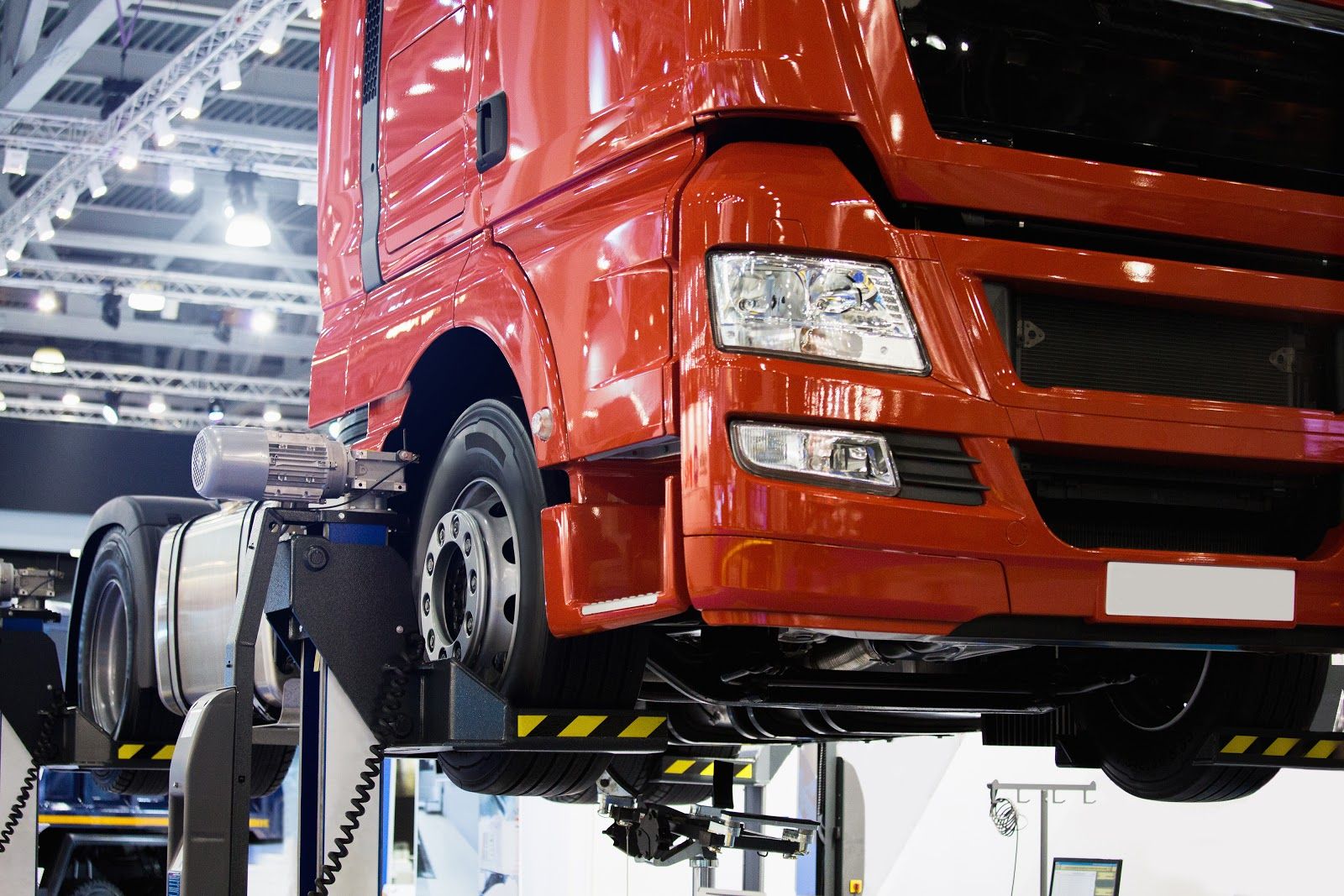 Ball screws are a type of linear actuator that resemble standard helical screws with accompanying nuts. But unlike standard screws (and as the name suggests), ball screws have steel ball bearings circulating between their grooves.
When either the nut or screw rotates, the ball bearings follow this grooved raceway until they reach a “ball return” system in the nut. They then return to their starting position to begin the process once more.
These bearings prevent excess friction and allow the nut to glide gently down the shaft, thus converting the bearings’ rotational motion into linear motion.
Pros
Cons
Examples

Lead screws (power screws) are a more barebones version of the always reliable ball screws. This long, threaded-rod-and-plastic-nut duo is easy to use:
Simply twist the shaft to slide the nut (and load) in one direction or the other.
However, not all lead screws can tolerate the same loads, accelerations, and friction. ACME threads first appeared in the 1800s to handle heavier load capacities by adjusting the V-threads standard 60-degree threads to a more modest 29 degrees.
These trapezoidal-shaped screw threads deliver fewer threads per inch, support high axial loads (power transmissions), and refuse stripping when installed in vices and clamps.
Pros
Cons
Examples

Roller screws are easily mistaken for ball screws, as there’s only one structural difference between the two:
Roller screws have rollers instead of ball bearings.
The nut’s inner circle is lined with threaded rollers that look similar to mini-screws attached securely to the screw shaft’s grooves. As you drag the nut down the large shaft, those inner rollers synchronize to spin. This gentle glide and twist-free design make roller screws more efficient and smooth.
Pros
Cons
Examples

Scotch yokes might have a funkier name than the rest of these mechanisms, but you might know them better as “double slider-crankshafts.”
This strategy has multiple moving, somewhat complex parts:
The pistons are connected via a rod with a large rectangular slot and the crank’s pin wedged inside. As the wheel (and its pin) rotates, this drives the nearest piston away and the further piston closer to the crank. The pin climbs the rectangle until it reaches the top or bottom of the circle, then oscillates.
Just like standard slider-crank mechanisms, Scotch yokes can convert motion in both directions — linear to rotational, and vice versa.
Pros
Cons
Examples

Linear actuators convert the standard electric motor’s circular motion into a linear pathway, extending and retracting a piston. What you might not know is that these motorized devices usually include a lead screw inside the tube.
In the case of an automatic door at the grocery store, you’ll step in the sensor’s pathway to trigger the actuator’s electric motor. The motor will spin in the opposite direction, rotating the screw shaft, pulling the piston back down the lead screw, and opening the attached door for you to exit.
The engaged motor and spinning lead screw drag the door open and release it shut, successfully converting rotary to linear motion with advanced functionality.
Pros
Cons
Examples

Rack-and-pinion gears are standard cogs with one sole purpose:
Transforming rotary motion into linear motion.
The pinion (a mounted, round, helical gear) rolls along and interlocks with a similarly cut flat rack. The gear remains stationary while dragging the rack to and fro.
Pros
Cons
Examples

This guide is an introductory tool to help you learn basic motion conversions. But, becoming a master of brainstorming, sketching, and building requires some more in-depth mechanical engineering knowledge.
That begs the question:
Now what?
Start by infusing these mechanisms into custom SolidWorks designs, either by downloading templates, examining their inner workings with the exploded view and simulations, or sketching them from scratch.
But if you want more actionable walkthroughs that apply directly to your mechanical engineering hobby, you can hone your skills more strategically in an Introduction to Mechanical Engineering with SolidWorks course.
Here are a few more articles you might enjoy:
11 Robotics Projects for Students | How to Become a Mechanical Engineer | 13 Mechanical Engineering Projects for Developing Job Experience