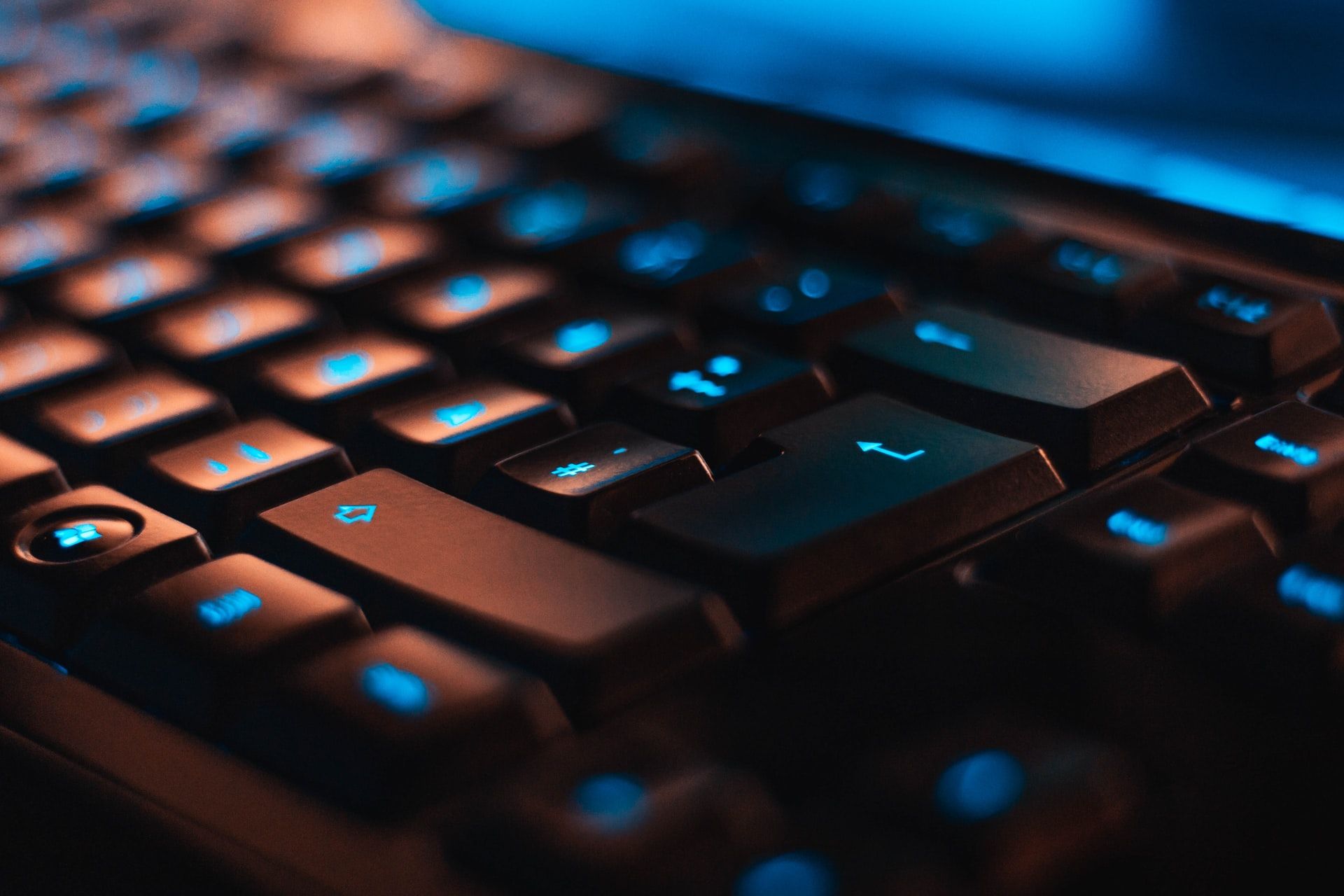 When you’re designing mechatronic systems, there is a substantial amount of repetition involved. Muscle memory kicks in and your body switches to automatic responses.

If you’re not careful, mistakes can happen, especially when you’re completing redundant tasks and aren’t focused.

When you train your brain to use shortcuts, redundant moves are replaced with quick finger movements. The same job is done in fewer keystrokes. With SOLIDWORKS, there are a lot of ways to boost your efficiency with shortcuts!

SOLIDWORKS keyboard shortcuts make your life easier by launching commands almost immediately instead of hunting and pecking. Even better, those commands you use the most can be customized in your toolbar for on-demand access.

System design is already time-consuming and full of redundancies. When you can save even a millisecond on each command, it adds up.

Get to know these SOLIDWORKS shortcuts before you start your next project. You’ll be amazed at how much time you save!

As an engineer, your job requires you to know your keyboard inside and out. The more shortcuts you memorize, the faster and easier your job becomes.

To that end, some standard shortcuts are used universally in programming. These little tricks will help you automate some of the most repetitive parts of your job (or future job).

No matter what field you work in, these shortcuts will help you work more efficiently. However, they happen to be some of the most common commands used by engineers

By now, you’ve likely mastered all the shortcuts for keyboarding that are necessary for basic coding and design.

Check over these lists, though, to make sure you aren’t missing any. They could save you a lot of time and headaches!

Alt + specified values for some of the most common engineering symbols

As an engineer, knowing and using these shortcuts will make your job a lot easier.

Related: How to Become a Mechanical Engineer (+ How Long It Takes)

The Most Popular SOLIDWORKS Keyboard Shortcuts 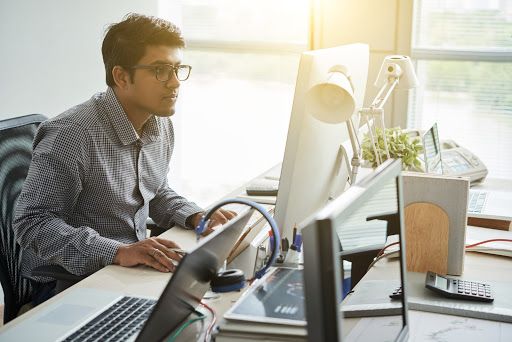 Beyond the basics, SOLIDWORKS has its own set of keyboard shortcuts designed to increase efficiency in the engineering design workflow.

These shortcuts aren’t typically taught in online engineering courses (unless you happen to take a SOLIDWORKS course). But if you’re going to use SOLIDWORKS regularly, memorizing these tricks is worth your time.

Some SOLIDWORKS shortcuts are identical to the standard Windows hotkeys for ease of access. Others, though, are unique to the SOLIDWORKS programs.

Grab a pen and paper or some notecards and get ready to memorize these helpful SOLIDWORKS keyboard shortcuts. You’ll be glad you did!

If you’re ready to learn these shortcuts as quickly as you can, check out the SOLIDWORKS cheat sheet pdf file.

Visual learners often prefer online flashcards as a tutorial. Make your own or use premade ones.
Are you an aspiring mechanical engineer? Learn foundational skills in our interactive SOLIDWORKS course!

SOLIDWORKS is easy to customize, too. You have two options:

How to Change Existing SOLIDWORKS Shortcuts

To change a shortcut key, go to the Keyboard tab of the Customize section of the dialog box. You can also right-click the window border and choose the dropdown option Customize.

Under Category, choose Display All Commands to see the shortcuts you currently have in use. You can also use the Search feature to filter commands as you type them in the field.

Commands can be printed or copied into another program, like Excel. You can remove shortcuts from this dialog section or revert them back to the program defaults.

How to Create New Hotkeys in SOLIDWORKS

This feature is helpful if there’s an action you repeat often that doesn’t already have a shortcut in place.

Select the command you want to adjust, then press the key combination for it. If it’s already assigned to another shortcut, you’ll receive a popup message. You can then assign it to your new command or leave it with the old one.

Keyboard shortcuts can be assigned to the Escape, Caps Lock, and Enter keys without the key losing its original function. However, we recommend using the F1-F12 function keys in custom shortcuts because they can be used in any text field.

Creating your own shortcuts may not be something you do frequently as a beginner, but it’s knowledge that will be invaluable as you get into designing your own projects.

If you’re a beginning engineer, the shortcuts above help you work much faster. Below, we’re going to dive a bit deeper into SOLIDWORKS, discussing its history, products, and more. 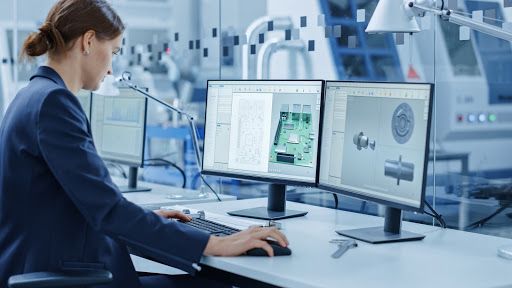 If you’re involved in any sort of mechanical, electrical, or software design, you’ve likely heard of SOLIDWORKS. It’s used by leading companies across many industries, from software development to residential construction to technical design.

The program was created to make designers’ jobs easier, no matter what field they work in. Computer coding and engineering, at the most basic level, are the same across all fields, regardless of the output.

The software is a tool for planning, modeling, and prototyping. Users generate their idea in a format that lets them test for feasibility and simulate the entire project before spending money, time, and energy on development.

Taking ideas from seed to fruition, engineers can use SOLIDWORKS to build all of their project’s mechanical, electrical, and software components.

Although SOLIDWORKS is now a popular solution used by engineers all over the world, its origins didn’t follow a conventional development path.

Today’s version of SOLIDWORKS is owned by Dassault Systèmes and used as a CAD and CAE modeling program. Millions of designers and engineers default to SOLIDWORKS for design and communication. However, the program itself looks a lot different than it did at its inception.

In December of 1993, designer Jon Hirschtick founded SOLIDWORKS with a one-million-dollar windfall he won playing poker for the infamous MIT Blackjack Team.

His idea was to recruit engineers to work together on an innovative, cutting-edge 3D CAD software program. The goal was to design a Windows-compatible program that was accessible and affordable.

In November 1995, SOLIDWORKS became the first modeling software system of its kind for Windows, advancing the use of CAD lightyears further. With SOLIDWORKS, 3D modeling took over AutoCad, sparking a design revolution in the ‘90s.

By 1997, the company was acquired by Dassault Systèmes for $320 million. It went on to generate more than $100 million in revenue in less than a decade.

SOLIDWORKS started with a simple UNIX platform but quickly switched to PC. Once it did, the software costs reduced significantly, and designers advanced the original idea into innovative versions for different disciplines.

Because of its affordability, ingenuity, and time-saving capabilities, engineers in industries everywhere wanted access to SOLIDWORKS for their designs. It became a revolution in mechanical design.

Now, there are 26 versions of the program and counting. SOLIDWORKS products include:

When you need a translator to create your circuit board’s 3D model, CircuitWorks is the way to go. You can use CAM as an add-on to prepare your design for manufacturing as soon as possible.

CircuitWorks lets SOLIDWORKS programs open files that are produced by electrical CAD software. Once the user opens the file, SOLIDWORKS creates an assembly model of the Printed Circuit Board design. But, CircuitWorks lets the program save the changes for import in multiple formats.

SOLIDWORKS technology gives you the ability to connect your electrical components with your 3D model. When the 2D and 3D elements are updated, the changes render in real-time.

With Electrical 3D programs, users can collaborate around the world on electrical and mechanical designs. Real-time synchronization makes this easy and efficient.

SOLIDWORKS integrates Finite Element Analysis (FEA) with your CAD models to simulate how the physical version of a design will perform.

Users can test their designs and see how they would respond to real-world conditions. Doing this helps the engineer improve the product’s quality before the first prototype is ever created. Costs, time, and overhead are all reduced with SOLIDWORKS Simulation.

As the name implies, this product lets you turn your 3D CAD data into images, animations, and even virtual reality.

Photo-quality content in the SOLIDWORKS Visualize program makes it fast and efficient to get a product to market. All the imagery necessary for a professional release of the finished item is at the user’s fingertips.

All of these products are intended to make your engineering job easier. When you combine them with the shortcuts that SOLIDWORKS has enabled, you take a little of the headache out of complex projects.

Our brains have the amazing ability to turn simple and complex motions into automatic processes. When you apply this marvel of human physiology to your engineering keyboarding strokes, it can simplify your whole day.

With SOLIDWORKS keyboard shortcuts, the commands you use regularly are launched with ease. Your system design job will flow more efficiently with less repetitive hunt-and-pecking taking up valuable time.

Here are a few more articles you might enjoy: